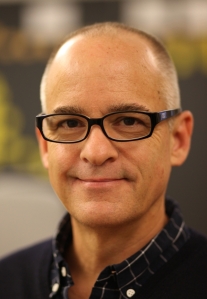 Eric’s career has combined success as a CEO, board member, film producer and professional musician.

During his seven plus years as CEO he evolved the company into a global learning company with over $150M in annual revenue, 600 employees and offices in four countries. During his time at lynda.com, he focused on strategic and operational initiatives resulting stellar member growth and driving a 50%+ compounded annual growth rate. In early 2013, he led a Series A financing of $103M from Accel, Spectrum and Meritech. The funding was the largest single round of education funding since the 1980’s and the first for lynda.com. In 2014 he lead a Series B financing raising $186M with TPG as the primary investor.

His success was dependent on recruiting and retaining a world class senior team. The team at lynda.com is world class. The team is passionate, dedicated and talented.

Eric has extensive board experience including five public companies, three with over a $1B market cap and over ten private company boards. Eric served for 14 years on the board of Cumulus Media, the second largest radio company. He also was the first outside board member for CNET networks and was on the board for 14 years until the company was sold to CBS in 2008.

Eric worked for Vulcan Inc. (Paul Allen) from 1994 – 2002 managing numerous technology and media initiatives rising to the role of VP of Business Development and Project Development. Also while at Vulcan, he served as Project Director of the Experience Music Project and General Manager of Clear Blue Sky Films.

From 1997-2002, Eric was a producer on a variety of acclaimed feature and documentary projects including Executive Producer for FAR FROM HEAVEN, nominated for three academy awards, starring Julianne Moore and Dennis Quaid. Filmography on IMDB.

Eric’s early career was in advertising at McCann-Erickson and Doyle Dane Bernbach working on major brands including Microsoft and Coca-Cola.

He is unique as a CEO with significant creative experience in music performance and recording. Music career highlights include member of TED 2102 Long Beach house band under the direction of Thomas Dolby. Also, one of six musicians in the house band with Phil Collins for the Queen’s Jubilee celebration concert at Buckingham Palace, which included artists Paul McCartney, Eric Clapton, Tom Jones, and Annie Lennox.